Showing posts from September, 2017
Show all

U.S. media exposure to China's Super anti-satellite weapon: or use the Dongfeng 41 missile to do the carrying equipment

September 25, 2017
China is building a High-tech space warfare weapon system, including anti-satellite missiles, laser weapons, GPS jammers and killer satellites, which will give China an edge in future military conflicts, the Asia Times website published an article by U.S. columnist Bill. The paper says the report specifically mentions China’s plan to attack satellites with nuclear electromagnetic pulses, saying that Chinese anti-satellite missiles can paralyse near-earth orbiting satellites using only one warhead. The article said a Chinese official had publicly threatened to launch a nuclear magnetic pulse attack in the conflict over the Taiwan Strait, detonating a nuclear bomb in outer space over 1100 kilometres east of the island to stop U.S. aid to Taiwan. The report stresses that, with increasing ASAT capabilities, China will have the ability to accurately damage near-Earth orbit reconnaissance satellites, medium-orbit GPS navigation satellite and geo-orbiting missile early warning satelli
Post a Comment
Read more 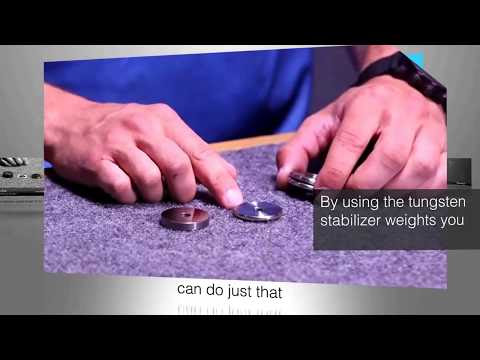 When Everyone Health Matters 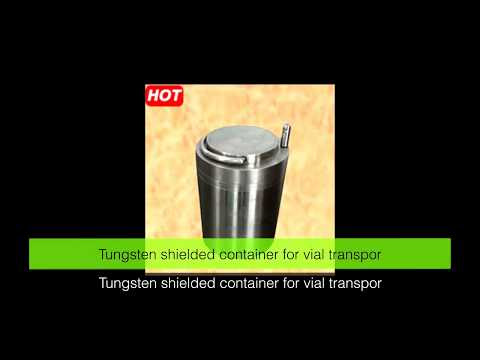 Here is a good news for you, because you’ve specialized in given five star care, you are dedicated to give exceptional care with uncompromising excellence to your patients. We at Guangxi Chentian Metal Product are pleased to introduced different forms of radiation syringe shield that will enhance total care inside and out, these shields are designed to reduce hand exposure for clinicians during preparation and administration of radiopharmaceuticals’ or the administration of high-energy isotopes for PET, they accommodates the most commonly used conventional and safety-engineered syringes and they are easy to use. Our Tungsten Radiation Shielding are: Ø   Thin, light-weight and easy to use Ø   Compatible with automatic washing equipment Ø   Easily sanitized with alcohol wipes and unobstructed visibility to tip of the syringe. Ø   At least 2mm thick tungsten shielding and fits most disposable syringe. Ø   Delivered in just 20 business days. We have various radiation sh
Post a Comment
Read more 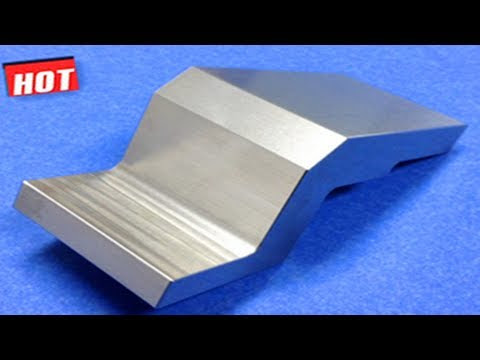 Do you know that sheet metal workers operating bucking bars are at risk of developing hand and wrist strain/fatigue?  This is due to exposures to hand-transmitted vibrations and forceful exertions require to operate hand tools. New Tungsten Bucking Bar technologies have been introduced in efforts to reduce work place vibration exposures to workers. Tungsten are over twice as dense as normal steel, they absorb the shock allowing workers to rivet more effectively for a longer period of time. If the metal alloy is soft, the bucking bar will wear quickly or not provide the necessary assembly support. Alternatively, if the metal alloy is too hard and brittle, the bucking bar will fracture easily. At Guangxi Chentian Metal Product, we have optimized our process to strike a balance between hardness and tendency to fracture. We strive to provide a durable and reliable product. All edges are debarred and working surfaces are polished for convenient and safe use. They are made; to reduc
Post a Comment
Read more

We are introducing a new technology tungsten alloy super weight counterweight of different sizes. The counterweight is used to balance the rotatory motion, which exert opposite force, providing balance and stability of a mechanical system, which is purpose for lifting the load more efficient, which saves energy and is less taxing on the lifting machine. At Guangxi Chentian Metal Product we provide this tungsten alloy counterweight in different sizes and other technical specifications according to your requirements. Why you should choose our counterweight: Ø   Rugged design and accurate dimension. Ø   Elevated durability and resistant against corrosion. Ø   Impressive thermal conductivity and corrosion resistance. Ø   Optimum strength and dimensional accuracy. The counterweights have broad usage in several application areas such as machinery, aircraft, logging industries and many more. Visit our webpage today at http://www.heavytungstenalloy.com/434458553/product/2
Post a Comment
Read more

With Your Thought In Mind/ Amazing Season Await You

September 02, 2017
We at  Zhuzhou KJ Super Materials Co., Ltd. are proud to inform you about the new and amazing innovation in tungsten shot for hunting. Advanced manufacturing technology has been employed recently which has enabled most turkey hunter leave the traditional method and employ the new method of shot gun loads and choke tubes, which deliver patterns and power that is amazing. There are varieties of shot available in different sizes and gauges, some require extra precautions to ensure that it does not damage your gun or choke tube. Some are expensive and out of reach for hunters due to relative small market target. At  Zhuzhou KJ Super Materials Co., Ltd.    we offer wide range product range which include; Tungsten Super Shot (TSS), Tungsten Cube Shotshell Reloading, Hand loading (TSS), and many more which are popular in the US, Canada, Spain and some other countries. Why you should choose us: ü   We own more than 40 patents for invention and product appearance which ensure our tun
Post a Comment
Read more
More posts